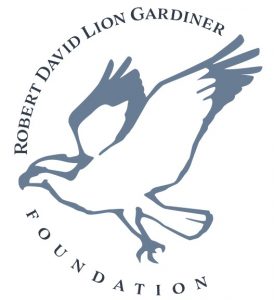 The Southampton African American Museum has been awarded a $125,000 Digital Tapestry Grant from the Robert David Lion Gardiner Foundation. The funds will enhance our continued mission to promote an understanding and appreciation of African American culture by creating programs that will preserve the past, encourage learning and enhance the life of the community.

Juneteenth recognizes the day that the last enslaved people were emancipated on June 19, 1865. For many, it is considered this country’s true Independence Day. On Juneteenth 2021 the Southampton African American Museum proudly opened the doors of our NEW home located at 245 North Sea Road in Southampton, NY. Affectionally called “The Barbershop,” the building was a local gathering place for area African Americans from the 1940s until its closing. In 2010, the Village Historic Preservation Board designated it as the first African American historic landmark in the Village of Southampton, and the process was started to transform it into our permanent space. After recent intense research we can also now announce we are also the First African American Barbershop to be converted into a museum in the country.

The Digital Tapestry Grant funded by the Robert David Lion Gardiner Foundation is a new smartphone augmented-reality app created by 360 XR under the auspices of the Robert David Lion Gardiner Foundation. This augmented reality app will be available to anyone with an Android device, iPad or iPhone. It can be downloaded at the Southampton African American Museum. The experience provided by the app will be like no other and bring history to life.

In 2004, a few local residents decided the wanted preserve “The Barbershop” which was an iconic local gathering place for Blacks in the late 40’s. With a mission to ensure that owner/builder/barber Emanuel Seymore’s legacy be recognized, as well as that of “Fives” restaurant and juke joint built and owned by Arthur “ Fives”Robinson—the other iconic establishment where locals who where part of the Great Migration secured as their safe haven later called “ The Gathering Place”. Our historic Juneteenth Grand Opening was a huge success, highlighting an extraordinary art exhibition of African American artists such as Kara Walker, Sanford Biggers, Melvin Edwards, Theaster Gates, and Glenn Ligon. The Southampton African American Museum is proud to represent the best of our community. For more information visit our website
www.saamuseum.org.