Pyrrhus Concer,
A life of significance 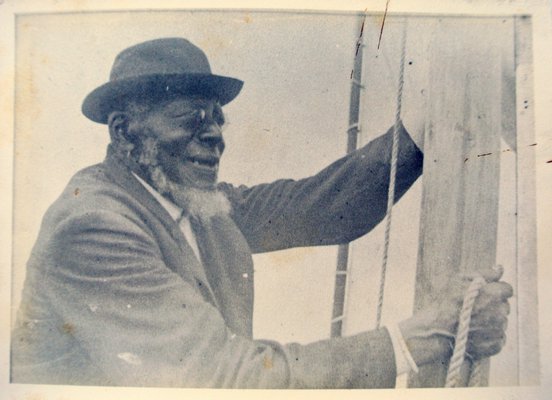 After working as a farm hand, Concer shipped out on a whaling vessel, like many young Long Island men. He advanced from a green hand in 1832 to pilot, eleven years later, of the whaleship Manhattan. In 1845, he had his most notable maritime adventure when he and his shipmates rescued some shipwrecked Japanese sailors. The Manhattan, with Concer aboard, delivered the Japanese sailors back to their native land–then a closed society. By spending long periods working at sea, Concer was able to improve his economic situation back home. After inheriting his first two acres of property from his grandmother in 1843, he continued to increase his property holdings over time. By 1850, he was recorded in the census as a seaman and head of household in Southampton. Clearly, he held his property dear because in 1891 he pursued litigation to protect his homestead. Not only did he deeply value and carefully manage his real estate holdings, he ensured his personal sovereignty and full rightful status as a landowner.

Since the Reconstruction Era, the concept of  “freed men and free land” have been closely linked in America. Although predominantly associated with the South, the connection between land ownership and political rights also resonated in the North. In 1821, New York chose to retain property restrictions on African American men seeking the right to vote. In response, for example, Weeksville, Brooklyn was founded as an autonomous African American community and sought to establish African American rights and support their social institutions. In Concer’s case, thanks to the initial inheritance from his grandmother, he was able to build on that foundation to expand his holdings. His subsequent purchases of land and his efforts to preserve clear title were certainly informed by relationships between land and rights including citizenship, which was still not granted to African Americans at this point.

Pyrrhus Concer was many things–a son, brother, husband, and, by all accounts, a great neighbor. He was also a devoted Christian and a member of the Southampton Presbyterian Church. His lasting legacy as a philanthropist has been cemented at his church where he started a lasting Christian education scholarship fund. He also bequeathed funds to the American Seaman’s Friend Society. Pyrrhus Concer died on August 23, 1897 and is interred in the old North End Burying in Southampton. Until recently, his home still survived on Pond Lane in Southampton. While a modest dwelling, it was a rare surviving example of Long Island vernacular architecture, similar to the few documented (mostly no longer extent) 19th century African American homes. Moreover, its provenance as the homestead of a prominent African American community member made it meaningful and significant to many residents of Southampton.

Recent efforts to preserve the Pyrrhus Concer homestead, the home of a famous Long Island whaler and prominent African American community leader in Southampton, exemplify the barriers faced by historically marginalized communities seeking to protect key local history sites. Arguing that Long Island would benefit from a more reflective discourse about preservation, this paper illuminates structural issues inherent in the process of preservation that disproportionately undermine African American history. Unfortunately, in this case, discrepancies between adopted laws, zoning codes, and non-transparent decision-making ultimately allowed for the destruction of the house. This regrettable outcome highlights the need to strive for more inclusive approaches to historic preservation.

Organizing with a Mission

On October 1, 2013 the Pyrrhus Concer Action Committee (PCAC) was formed with core members consisting of the author, Brenda Simmons, Tom Edmonds, Lucius Ware, and Sally Spanburgh. Our mission was, and is, to preserve the historic structure at 51 Pond Lane that was Mr. Concer’s homestead, and, as such, his legacy. The committee is also comprised of concerned citizens and volunteers. Together PCAC promotes the preservation, enhancement, and long-term sustainability of Pyrrhus Concer’s House as a rare historic resource that embodies African American tradition and choice. PCAC seeks to combine access and education so the material contributions of this house, so emblematic of Concer’s achievements, become a living part of community heritage.

Pyrrhus Concer’s story is one of perseverance, triumph, and hard work. Through exploring his life, we can learn many things about Southampton’s past and understand its present. He was remembered by many in his time as being a man of great character with Reverend Jesse Halsey writing that he was “good as gold” in a poem about Pyrrhus after his death. Probably the best illustration of how many in the Village thought of Pyrrhus is shown here, engraved on his tombstone. 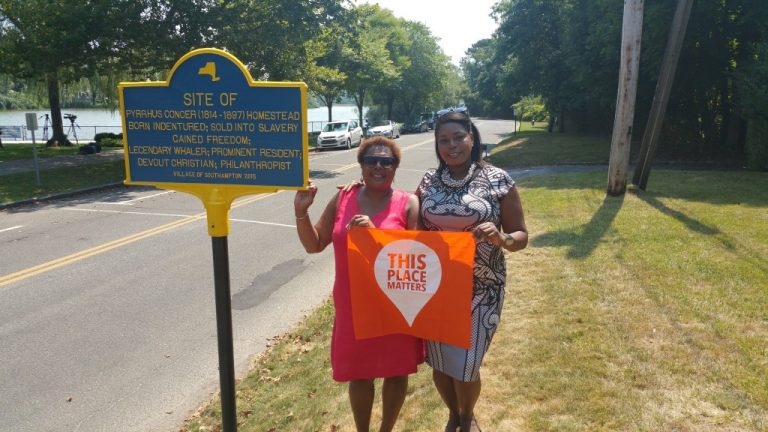 PCAC continues to advocate for Pyrrhus Concer’s legacy. A primary goal will be to resurrect his homestead in some way. By using the original house timbers to reconstruct the house, to the degree possible and preferably on its original same site, we could in a sense re-erect his legacy. The structure would then be dedicated to learning from his life as a testament of character, integrity, and freedom. The Town of Southampton has now expressed a commitment to help achieve this goal as well. In the critical coming months PCAC will continue to raise funds and seek involvement with the Town of Southampton in the planning phases of what will become of the Concer site going forward. A virtual presence through social media will be developed for the PCAC as a means to communicate with the greater community. We will actively seek private and public support to aid with rebuilding Pyrrhus Concer’s last known home–51 Pond Lane.

Preservation Update: The Case Of The Pyrrhus Concer Homestead